In 1993 a job change required that I leave my beloved home in Seattle. As a parting gift my mentor and employer, Brian Utting, gifted me a Mac Classic II and a charge: write a contraindications document for use in our school.

I took a year to do that, and when it was done I thought it might be possible that other massage schools might find such a thing—fully developed and referenced—useful. I eventually connected with Williams & Wilkins (later acquired by Lippincott), an academic publisher in Baltimore, and by 1995 I had a contract to start over and write what would become A Massage Therapist’s Guide to Pathology. It was the first book they published specifically for massage therapists.

The first edition was released in 1998, after some minor hiccups. If this is the edition you have, it is time for an update.

The second edition added a chapter on endocrine system disorders, a section on mental health issues, and was translated into Portuguese for use in Brazil.

The third edition approached critical mass: it was becoming a danger to the health of massage students simply because it was so heavy.

The fourth edition was redesigned to make it more classroom-friendly, and added more specific information on massage modalities.

The fifth edition is a paperback, and it accomplished a miracle of physics: more content in less page count, still with the spacious, generous, inviting design that characterizes so many Lippincott books. 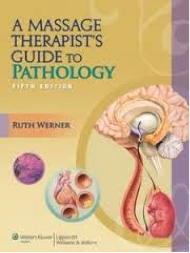 The sixth edition is glorious, available now in hard copy, but also as a fully integrated, activity-filled, live-linked eBook. Get it here, or through your favorite bookseller. 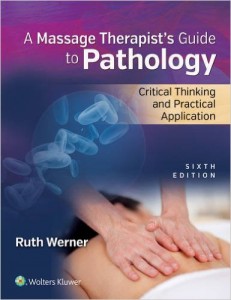 In the meantime I also wrote Disease Handbook for Massage Therapists. This is an expanded quick reference guide for practitioners who have only a few moments to gather information on the possible risks and benefits of massage for clients with specific health challenges. Frankly, the Handbook should be in every franchise, clinic, spa, salon, and other venue where there is a quick client turnover without a lot of time to gather information. Get it here.

I have been writing for trade journals since the early days of my career. Here is an archive of the many dozens of articles that have appeared in Massage Today and Massage and Bodywork Magazine:

The Blog of the Path Queen is about pathologies and research and life. Creativity, cooking, moral conundrums will be our fodder. Send me pathology questions, but don’t send me pictures of your rashes.